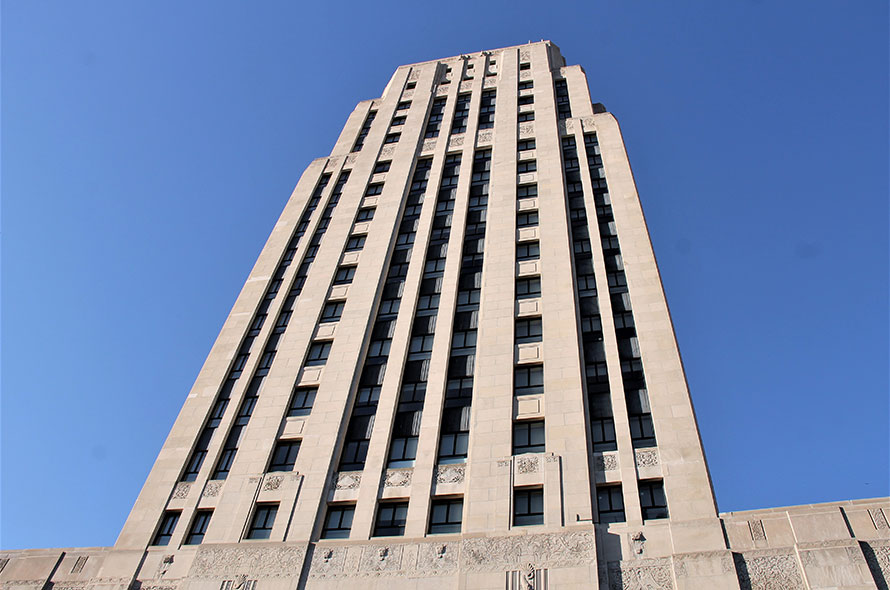 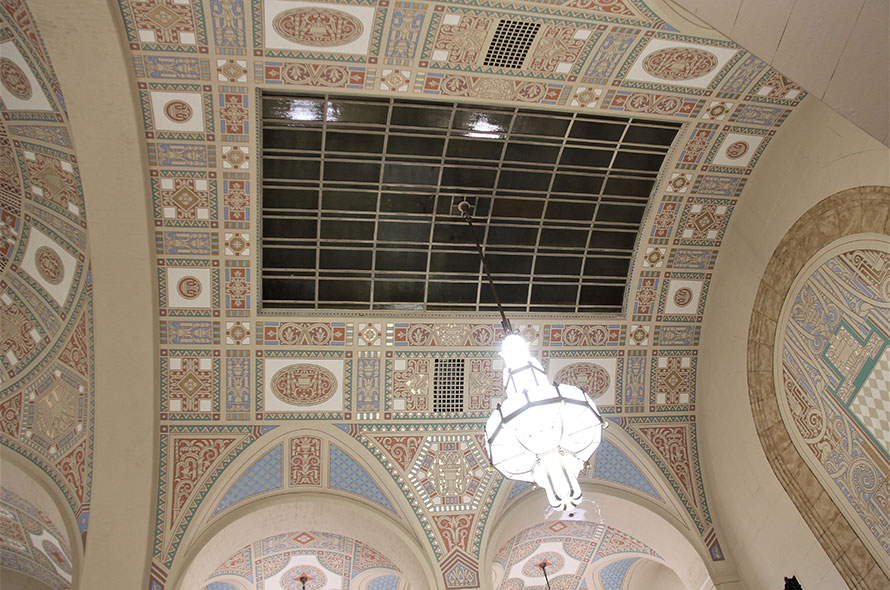 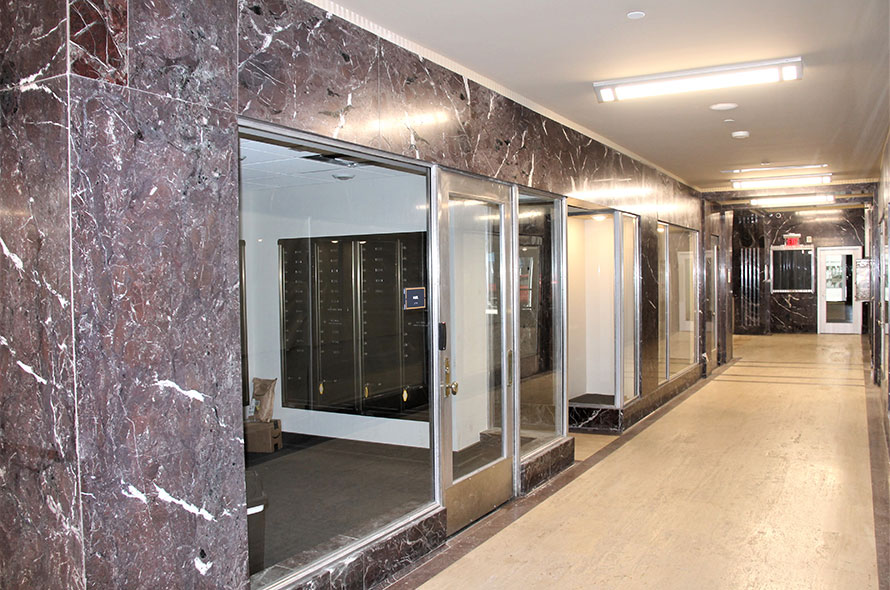 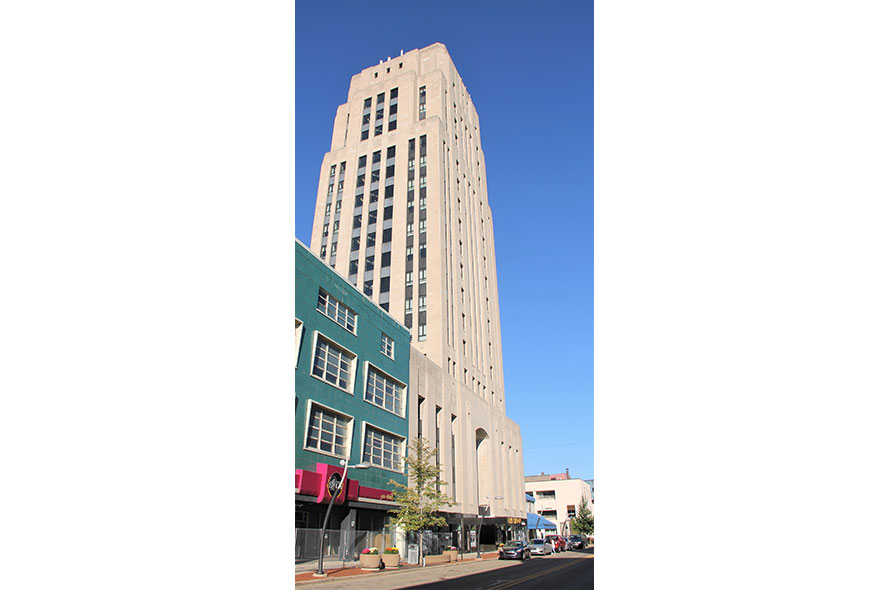 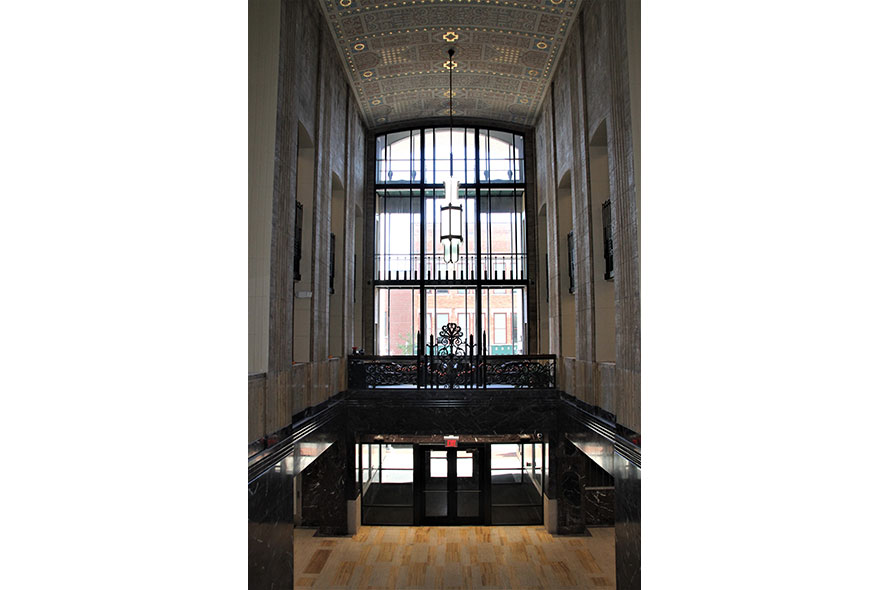 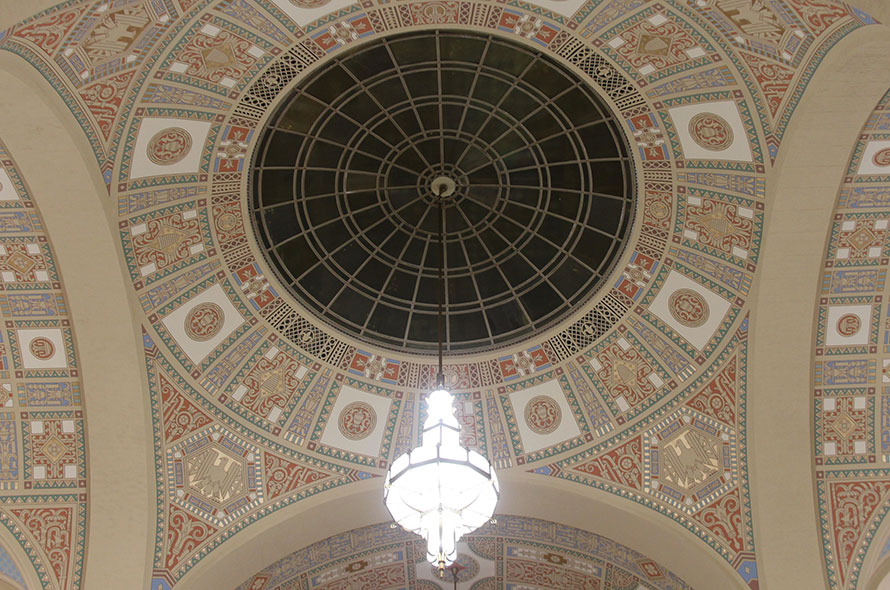 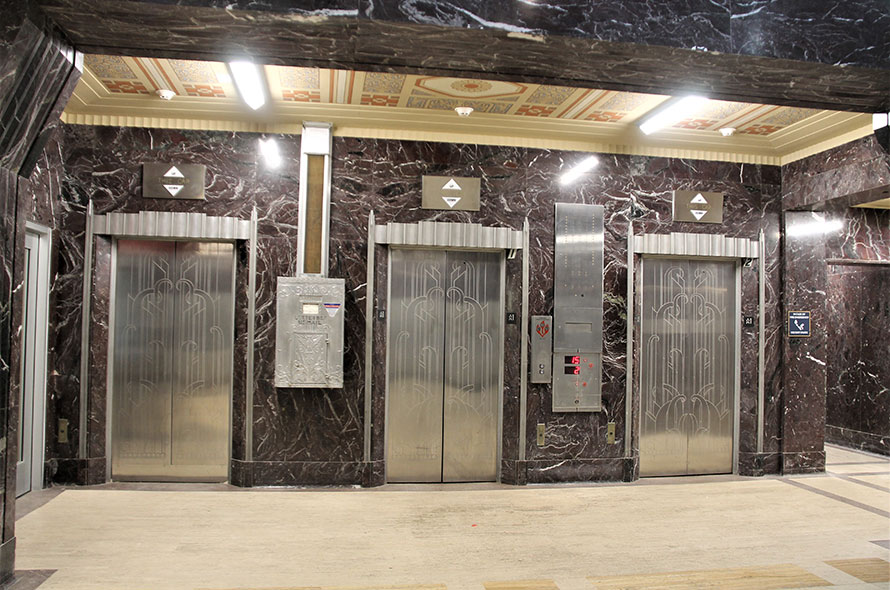 In 1929, the two largest banks in Battle Creek merged forming the Old-Merchants National Bank and Trust Company. At that time, it became the largest financial institution between Detroit and Chicago. Among its clients was the fast growing cereal industry including Kellogg and Post. The new bank decided to build a new larger building for its headquarters. The Chicago architectural firm of Weary and Alford was hired to design the new building. Construction was started in 1930 by two Detroit contractors, Walbridge and Aldinger. The 19- floor Art Deco building was completed in 1931; it was skinned with 2,000 tons of grey Indiana limestone, black granite trimmed the front façade at the base, steel projecting windows, with lead spandrel panels between floors. The front façade was faced with cast ornamental aluminum metal work and cast aluminum windows. The second floor bank lobby rose 46-feet with a central dome and three interior skylights with amber tinted obscure glass. The building has the first escalator in a bank building in the United States. The building is listed on the National Register of Historic Places.

The MIlton upon its completion is offering beautiful apartments in the 3rd thru the 19th floors. The facility has amazing views of the city as well excellent amenities. The 1st and 2nd floors are commercial and community space.