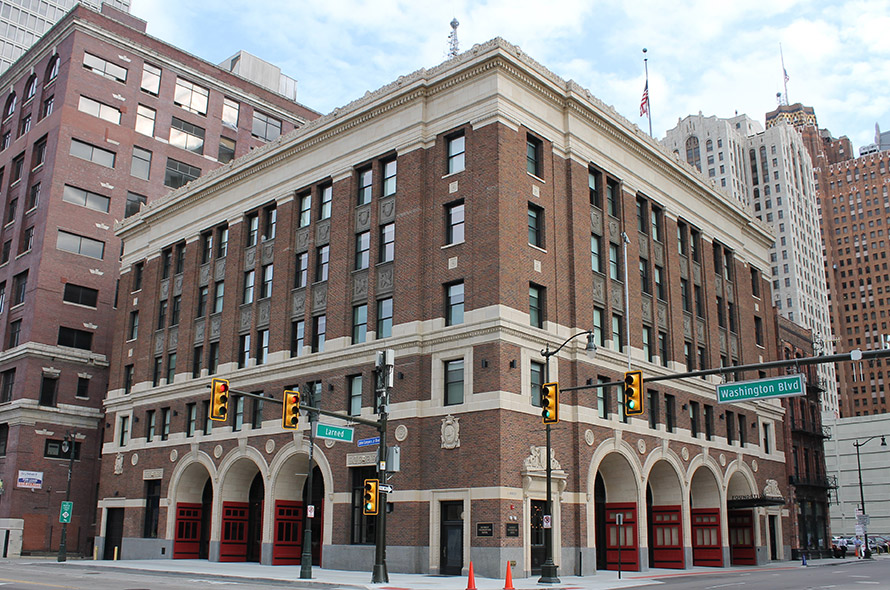 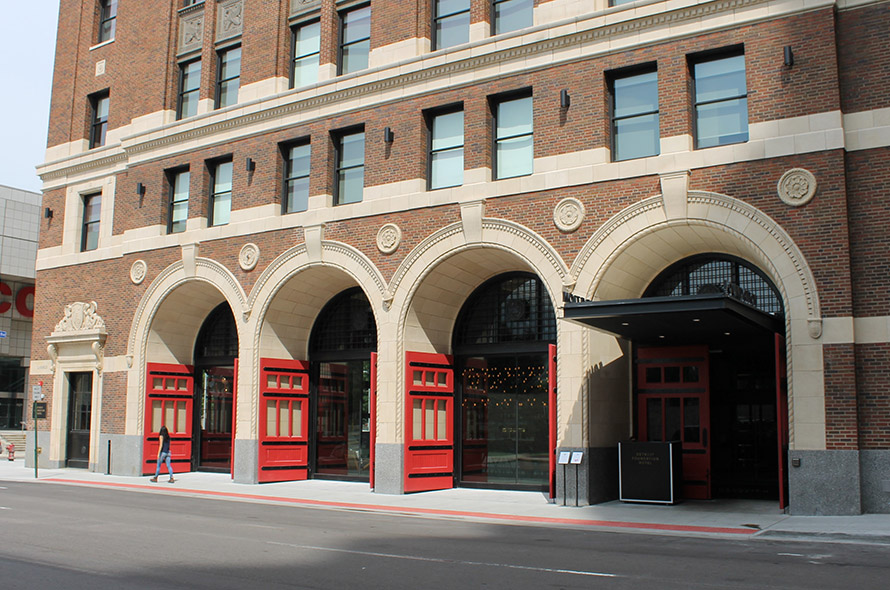 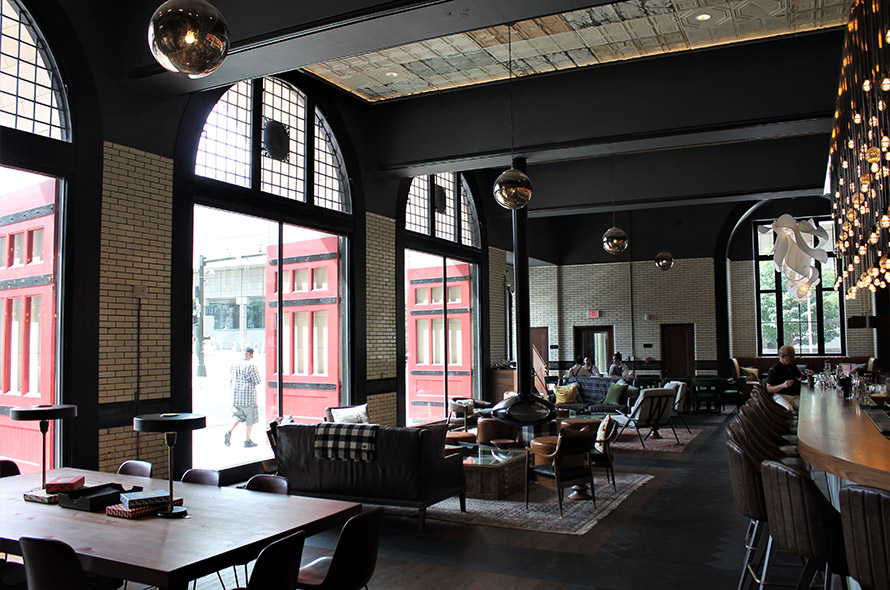 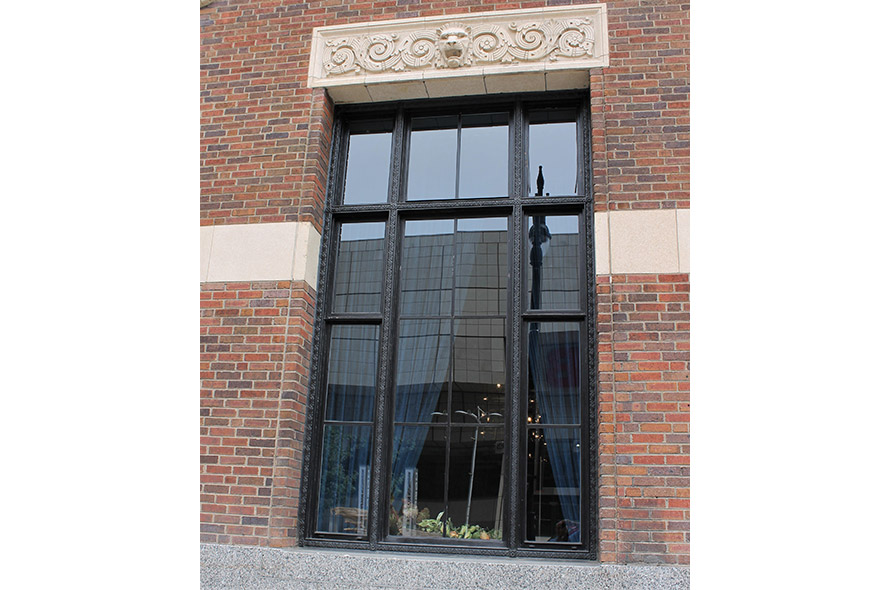 The Detroit Foundation Hotel was formerly the Detroit Firehouse Number One. This five-story structure was completed in 1929 and designed by architect Hans Gehrke. He won commissions for many of the firehouses built by the City of Detroit in the 1920s. His neo-classical building design was a theme carried through the many buildings he was involved with in this era. Firehouse Number One was the first fire station constructed to house motorized fire equipment rather than the traditional horse drawn. The design included accenting terra-cotta appointments and massive outswinging bay doors with ornamental steel half rounds above. The building could house over 500 firefighters on the 2nd thru 5th floors until 2011. It remained the Detroit Fire Department’s administrative headquarters until 2014. The building has been listed on the National Register of Historic Places since 2009. This is a Federal Historic Tax Credit project requiring both local historic approval as well the National Park Service approval.

This project is estimated to  have cost over $30 million in renovation. The building was bought by investors and is managed by the  Aparium Hotel Group; it was opened as the Detroit Foundation Hotel in May 2017. This 100 room boutique hotel has flourished since opening and boasts one of the city’s finest restaurants, the Apparatus Room. It occupies what were the first floor truck bays. The original glazed tiles walls, red tile floors, as well five brass poles all remain, creating an amazing atmosphere.